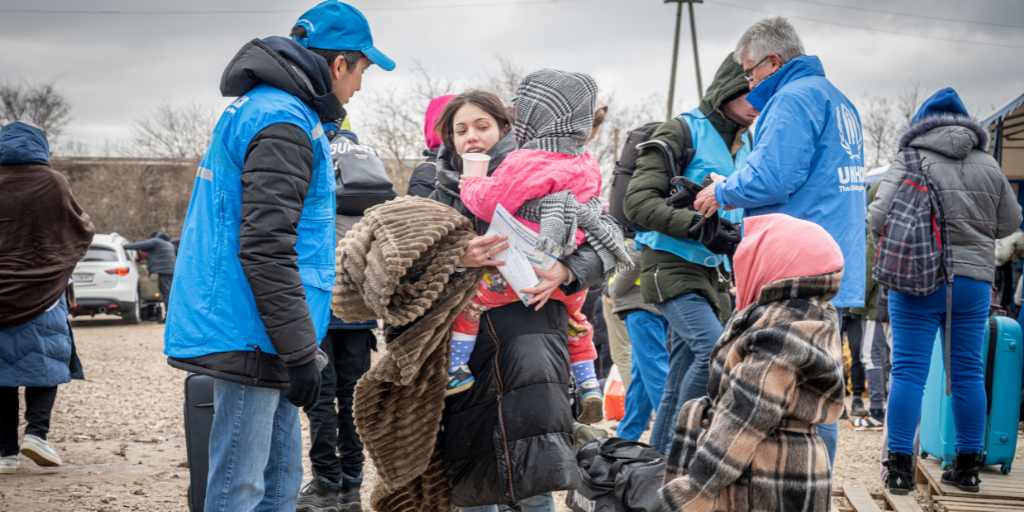 A Statement by the Executive Committee of the Paris Peace Forum

War in Ukraine and its impact on global cooperation

War in Ukraine and its impact on global cooperation:
A Statement by the Executive Committee of the Paris Peace Forum

We, Executive Committee members of the Paris Peace Forum, are shocked and saddened by the human tragedy caused by the war in Ukraine and call on the world to unite to urgently find a resolution to the conflict and end human suffering. As we speak, millions of civilians are fleeing across borders or are being forced to leave their homes and find shelter elsewhere in Ukraine, adding to the massive number of refugees running away from conflict around the world. The bombing of civilians, hospitals and other civilian infrastructures as well as the siege of major Ukrainian cities, is bringing much loss of life, destruction and despair.

The current situation is an attack on the fundamental norm of non-aggression which underpins the international order since the end of the World War II, and as such, is a direct attack on multilateralism and the agreed rules of the international system.

We call on the Russian Federation to immediately cease hostilities and for peace talks to take place in earnest to find a diplomatic solution to the current situation.

This crisis has major global implications. It brings about a disruption of the world economy and a rise of energy and food prices, which will hit lower income countries the hardest, thus deepening further the already harsh impact of Covid-19. Crucially, it will erode our institutions and threaten cooperation on many other critical areas, notably on the biggest challenges for humanity, from the fight against global warming and loss of biodiversity to pandemic recovery and preparedness, nuclear disarmament, the race to reach the SDGs, economic and scientific cooperation as well as the common custody of the global commons including oceans, the poles and outer space.

The mandate of the Paris Peace Forum, born on 11 November 2018, a century after the armistice that ended World War I, is to strengthen and rejuvenate global cooperation and help to build norms and solutions to protect global common goods – with peace as a prerequisite and a priority. This mandate has never been more relevant and urgent. In these grave circumstances, we commit to redouble efforts to achieve our mission with the support of our plural and diverse PPF community, and to foster worldwide unity around common norms.

The use of force beyond the limitations imposed by the UN charter should not be allowed to derail our efforts to jointly tend to global public goods. Our common future depends on it.

–  The Executive Committee of the Paris Peace Forum

In reaction to the crisis created by the invasion of Ukraine, the Forum will dedicate its Spring Meeting, on 24 May 2022, to mitigating its impact on international cooperation and to safeguarding global public goods.

The 5th edition of the Forum on 11-12 November will feature high-level discussions and solutions tackling the challenges to peace and security, particularly involving displaced persons, conflict resolution and protecting civilians in times of war.