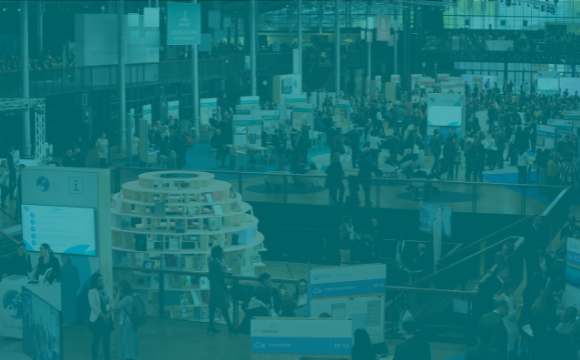 This week, the Kingdom of Spain and the Federal Republic of Germany joined the Paris Peace Forum Association, which, every year in November, organizes an event with the same name dedicated to resolving major global challenges. José Manuel Albares, Ambassador of Spain to France, and Sebastian Groth, Director of Policy Planning at the German Federal Foreign Office, presented their countries’ applications at the Forum’s Executive Committee meeting held on 23 June in videoconference format. The members of the Forum’s Executive Committee unanimously approved both applications.
These two new members join the 11 existing members whose institutional and geographic diversity reflects the Forum’s global ambition: the Aga Khan Development Network (AKDN), the Fondation nationale des sciences politiques (Sciences Po), Foreign Policy Community of Indonesia (FPCI), the French Republic, represented by the Ministry of Foreign Affairs, the Institut français des relations internationales (Ifri), Institut Montaigne, Körber-Stiftung, México Evalúa, the Mo Ibrahim Foundation, Open Society Foundations (OSF), and Research and Information System for Developing Countries (RIS).
The accession of these two European states should be followed by other countries, particularly from Africa, Asia, and South America, with which negotiations are underway to maintain the North-South balance that has characterized the Forum’s governance since its foundation. These new members will contribute to the institutionalization of the Forum, expand its network around the world, and strengthen its political influence in support of the multi-actor initiatives it develops.
The Paris Peace Forum was created in 2018 and offers a platform where heads of state and international organizations collaborate with civil society and the private sector to build a new form of international diplomacy.

“The Paris Peace Forum’s General Assembly is strengthened by two important international actors. These two memberships will help bolster the Forum’s international scope, and we are working to ensure that Germany and Spain are followed by other countries, with a particular focus on the Global South.”
– Pascal Lamy, President of the Paris Peace Forum

“Spain fully shares the Paris Peace Forum’s principles and objectives, as well as its ambition to revive multilateral mechanisms in the pursuit of a more inclusive and fair approach to international relations. The challenges the world currently faces make the Forum’s mission more necessary than ever. It is therefore an honor to work hand in hand with our partners, including France, to bring together states, civil society, and international organizations to promote and develop ideas and projects that aim to advance the global agenda.”
– José Manuel Albares, Ambassador of Spain to France

“Germany has supported the mission of the Paris Peace Forum since its inception. We are united by the conviction that lasting peace and stable security are only possible if we overcome challenges such as climate change, digitalization, or sustainable development through multilateral cooperation and by engaging all stakeholders. With Germany becoming a member of the Paris Peace Forum, we strengthen our joint efforts to achieve these goals and make them sustainable. Together with France and the Forum’s other partners, we will continue to make our resources and capacities available in the future for a safer and more peaceful world.”
– Sebastian Groth, Director of Policy Planning at the German Federal Foreign Office