A new consensus for the post-Covid19 world: To strengthen multilateralism, governments and philanthropy must increase core funding and reduce voluntary contributions to protected areas

At the Paris Peace Forum on November 12 last year, French President Emmanuel Macron and other world leaders launched a global discussion on forging a new consensus for the post-Covid-19 world. This discussion is continuing through an ongoing debate, with contributions from leaders and experts from around the world. Below, explore the contribution of Razan Al Mubarak, Managing director of the Environmental Agency Abu Dhabi.

To date more than 134,400 species of plants and animals have been assessed for the IUCN Red List of Threatened Species and more than 25% of these, 37,400 to be exact, are threatened with extinction. The number of species assessed for the Red List is small in comparison to the estimated 10 million distinct species on Earth, but even for these scientists estimate that 10,000 are going extinct every year, which is a rate 100 to 1,000 times the historical baseline. Indeed, a recent report by the United Nations concluded that “1 million animal and plant species are now threatened with extinction, many within decades, more than ever before in human history.”

The rate at which species are going extinct is like other mass extinctions, except that none of those five were caused by humans. These extinctions are so significant that geologists are seriously debating the start date of the Anthropocene epoch, not whether it has already started. The Anthropocene epoch, a geologic time like the Paleocene or Pleistocene epochs, is a time when humans have so severely altered the planet that its biodiversity – or variety of life – has significantly decreased and even its climate has changed dramatically.

Yet biodiversity, like a stable climate, is essential to our safety, health, and wellbeing. Billions of people rely on fish from the ocean for their main source of protein. Doctors noted in the Journal of American Medical Association that “about half of the 100 most prescribed medications in the United States and about half of the new drugs approved by the Food and Drug Administration in the past 25 years derive directly or indirectly from nature.” A leading theory about the origins of Covid-19 points to human encroachment on ecosystems.

Biodiversity is a global public good that must be protected before we lose an even greater variety to habitat destruction, pollution, overharvesting, invasive species, and climate change. Conservation scientists know how to slow the loss. One of the 20 Aichi Biodiversity Targets of 2010 identified the establishment and effective management of extensive and connected protected areas as an important step; however, the Protected Planet Report 2020 released in May 2021 found that 10 years after the Aichi Targets were signed by 190 nations, large gaps remain. As the world considers increasing the percentage of areas under protection from 20% to 30% this year at CBD COP15 in Kunming, these gaps will only grow wider.

Estimates indicate that the total annual funding for biodiversity conservation in general is between $125 billion and $150 billion. This amount is said to be only 20% of what is required and only a fraction of these funds supports the core costs associated with effectively operating protected areas. Although numerous funding mechanisms for protected have been established they are insufficient and unsustainable.

Ecotourism has been advocated since the 1980s as a sustainable funding mechanism to help protect nature, support local communities, and avoid the need to allocate government funds to nature conservation. A study published in PLOS ONE estimated that 84% of funding for national parks agencies worldwide is generated through ecotourism.

Unfortunately for these protected areas, ecotourism has collapsed during the Covid-19 pandemic. The World Travel and Tourism Council (WTTC) recently estimated the loss of ecotourism revenue due to travel restrictions in Africa to be between $53 billion and $120 billion. As a result of these dramatic declines in ecotourism revenue, national parks, which are places where rangers are employed to protect endangered species, have lost a critical source of revenue. A similar loss of revenue for conservation NGOs has resulted from the collapse of profits from ticket and concession at zoos and aquariums, many of which have historically donated profits to protected areas worldwide.

According to the UN and IUCN report on protected areas cited earlier, more than one-third of the 15,000 terrestrial and marine Key Biodiversity Areas (KBAs) lack any status as protected areas, essentially resulting in zero funding available for their conservation. Yet, as stated by the organizations who manage the program, KBAs “are among the most incredible and diverse places on Earth for nature…” and “…are sites of global importance to the planet’s overall health and the persistence of biodiversity.”

Recently announced, the Legacy Landscapes Fund which is a public-private partnership led by the German government, is a step in the right direction. The stated mission of the LLF is to provide financial support in perpetuity to the management costs of more than 30 globally significant legacy landscapes, particularly in the Global South where biodiversity is often concentrated and underfunded.

Multinational global conservation funding organizations should take notice. Much of their funding is provided on a competitive basis, for short-term (5 years or less) projects and restricted to in-the-field conservation activities instead of long-term, let alone perpetual, support for salaries, rent, vehicle costs, and others associated with effectively financed and managed protected areas.

Because of their ability to quickly adapt, philanthropies must lead the way to increasing core, unrestricted, funding to protected areas to ensure the continued survival of our most biologically diverse areas. Governments and multinationals must soon follow with strong and unrestricted support for organizations like IUCN and others with effective conservation histories. It is only through this type of multilateral unrestricted support that protected areas will live up to their promise and the conservation of nature will succeed. 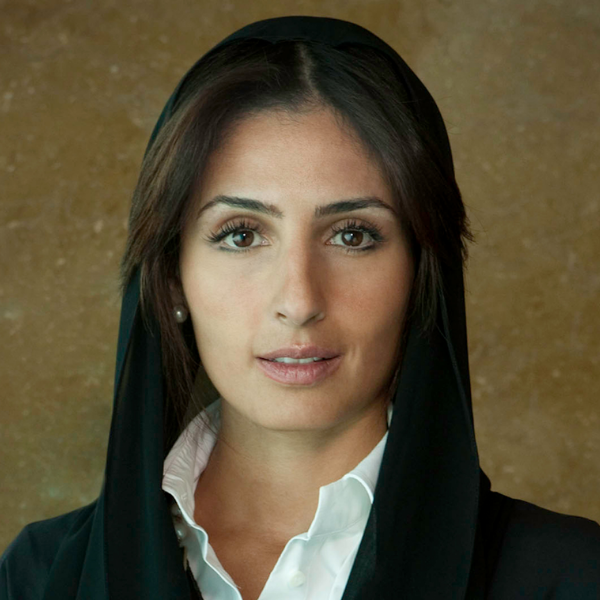 Don't miss any news, our upcoming events or the progress of the projects we support!