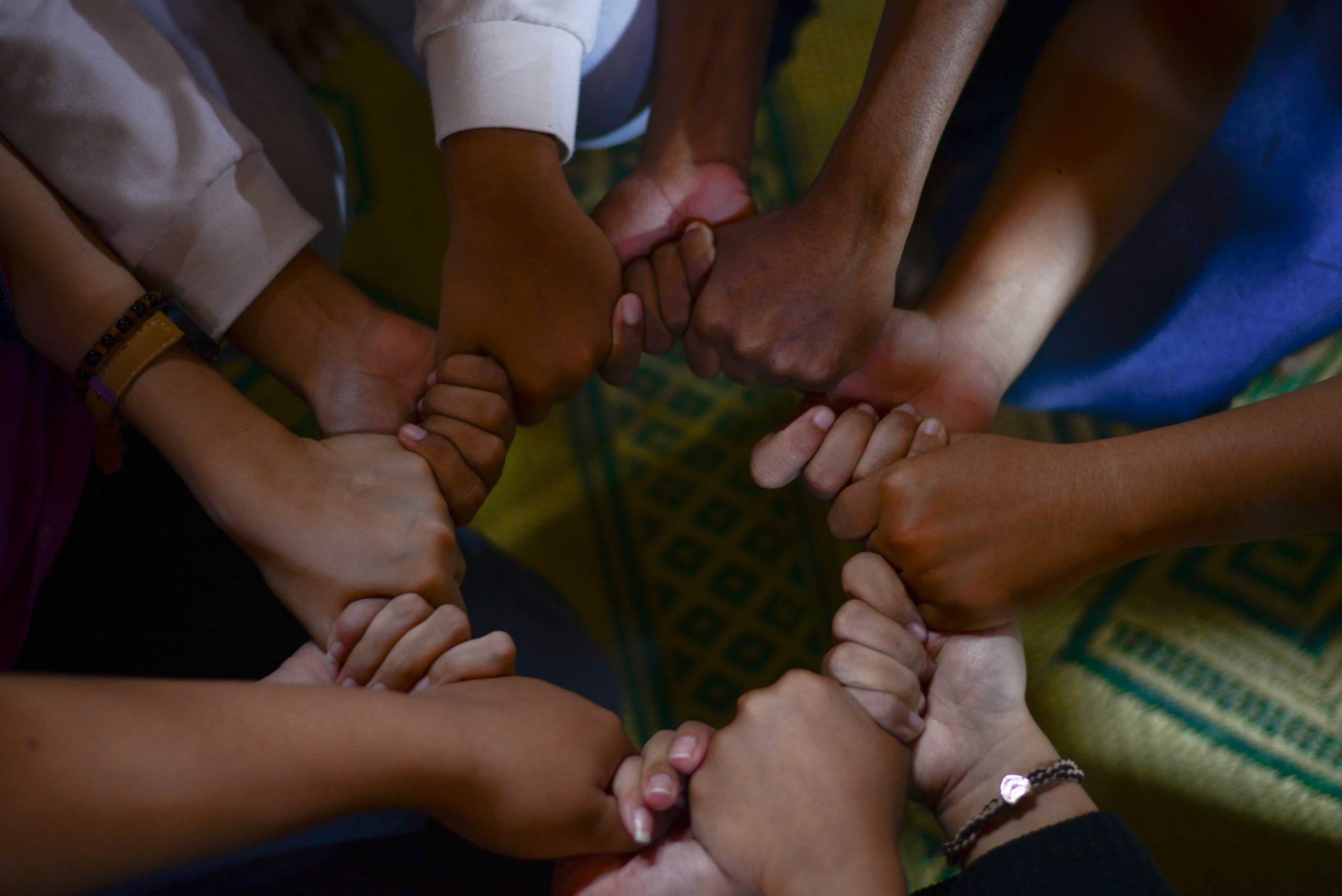 A new consensus for the post-Covid19 world: Morality trumps geopolitics

At the Paris Peace Forum on November 12 last year, French President Emmanuel Macron and other world leaders launched a global discussion on forging a new consensus for the post-Covid-19 world. This discussion is continuing through an ongoing debate, with contributions from leaders and experts from around the world. Below, explore the contribution of Kishore Mahbubani, Distinguished Fellow at the Asia Research Institute, NUS.

Imagine if the giant ship, Ever Given, that had blocked the Suez Canal for six days in March 2021, was carrying, not 20,000 containers but 20,000 human slaves, shackled with irons, in its holds. What would have been our moral priority then? Would we have said, slaves be damned, global trade is more important, let us free the ship and allow global trade to flow through the Suez Canal? Or would we have said, global trade be damned, human lives are more important, let’s free the slaves first and worry about global trade later? The answer is clearly the latter. And if an American and a Chinese naval vessel were nearby, we would have expected them to set aside their geopolitical differences and focus instead on the over-riding moral imperative of freeing the slaves. Yes, moral imperatives can be more important than geopolitical differences.

Similarly, there are three major global imperatives that are more important than the geopolitical differences between America and China. They are poverty, planet and pandemics. Instead of 20,000 people, shackled in irons, we have a heavier moral responsibility to liberate over 700 million people, shackled in poverty, living on less than $1.90 a day. The shackles of poverty are invisible but they are equally real. Just as we have the technical capabilities to remove iron shackles, we have similar technological capabilities to remove the invisible shackles of the 700 million people living in poverty. What are these technological capabilities? India has shown the way. It has provided each citizen an identification number. The great Aadhar project achieved this by recording the fingerprints and iris information of each citizen. Most Indian citizens have access to a phone. Indeed the number of phones in India has exploded in the last thirty years from 0.008 percent in 1995 to 85 percent of the population in 2018. An estimated 61 percent of India’s population, or over 750 million, are users of internet-enabled smartphones. This is the second largest smartphone market after China. Ravi Agarwal, in his book India Connected, has documented how this proliferation of smartphones have improved human lives and rescued people from poverty.

Given the enormous resources humanity has accumulated over the past fifty years, it is truly shocking that over 700 million people are still living in extreme poverty. In response to the pandemic, governments all over the world, along with multilateral organisations such as the IMF and World Bank, and private organisations such as the Bill and Melinda Gates Foundation have generated an estimated US$ 20.8 trillion in new funds. In addition, the world spends US$ 1.83 trillion in military expenditures in 2020, none of which protects humanity from real challenges like poverty, planetary degradations or pandemics. Just imagine a world where we transfer some of these wasted resources to deliver a dollar a day to 700 million people through cheap smartphones. By so doing, we would have eliminated the last major moral scourge of our time. Nothing would please humanity at large more than if the two greatest economic powers were to set aside their geopolitical differences to rescue 700 million people from modern slavery, which we mistakenly call poverty.

The second over-riding moral imperative comes from our planet in peril. Let’s go back to our ship metaphor. Today, all 7.8 billion human beings are trapped on the same ship in the vast ocean, with no other ship nearby to rescue us. The only ship we have is sinking, sinking slowly but sinking. What would be the stupidest thing we could do while our only ship is sinking in a vast ocean? It would be to carry on fighting while the ship is sinking. This is how future historians will see the US-China geopolitical contest. They would be shocked that the two sides didn’t set aside their differences to save themselves and their fellow human occupants from a sinking ship.

Against this backdrop, it was truly criminal for the Trump Administration to walk away from the Paris Climate Accords. When it did so, China and India could have been justified to walk out also. Why? Many in the West focus on the fact that China is today the largest current emitter of greenhouse gases at 28 percent of total annual flows, compared to 15 percent for America. Yet, global warming is not happening just from the current flows of emissions. It is also the result of the historical stock of greenhouse gas emissions put into the atmosphere by Western countries since the Industrial Revolution. Here the numbers are clear. America and Europe have contributed the largest amounts: 25 percent and 22 percent respectively. By contrast, China has only contributed 12 percent. India has contributed a mere 3 percent.

It’s therefore very wise for President Joe Biden to convene a climate summit. The evidence is clear. Unless humanity works together very hard, we will not meet even the minimal goal set by the Paris Climate Accords: to prevent a global temperature increase at more than 1.5 percent. Yet, while it’s wise for Biden to convene this summit, it can only succeed if he can persuade his fellow Americans that saving our planet is the highest moral imperative. Hence, if we are all on the same sinking ship, we must set aside all our differences, including our geopolitical differences, to save our only sinking ship. Sadly, for the reasons that I have documented in “Has China Won?” (or in French, Le Jour ou la Chine va Gagner), it will be difficult to pause this geopolitical contest. Hence, the rest of the world, especially key actors like Europe, ASEAN, African Union, Arab League, India and Japan, must come together to send a common message that the moral imperative of saving our planet is more important.

Similarly, the moral imperative of preventing another pandemic is equally important. Surely, this is the big lesson that COVID-19 is trying to send humanity. As far as COVID-19 is confirmed it doesn’t care whether you are French or German, Chinese or American, Indian or Pakistani, Israeli or Palestinian. It doesn’t see any differences. It only sees a common humanity today that provides a good environment for the virus to grow and thrive. If there were any doubts that all 7.8 billion belong to a common humanity, COVID-19 has eradicated them completely.

Hence, if human beings represent, in theory, the most intelligent species of planet earth, the most sensible thing that this most intelligent species can do is to set aside all their differences and focus on fighting a common enemy first. Here too, future historians will be shocked that the Trump Administration could not even press the pause button on the Sino-American geopolitical contest to fight COVID-19 together first. A return to our ship analogy will drive home the stupidity of this. If a fire breaks out on the only ship in the ocean, with no rescue ship nearby, the stupidest thing that any passengers could do is to start an argument about who started the fire, instead of fighting the fire first. Yet, this is exactly what the Trump Administration did.

The point of highlighting all these follies is to make a simple point. The human condition has changed fundamentally in the 21st century. All 7.8 billion of us live together in a small planet, a planet in peril. The moral imperatives of eliminating poverty, rescuing our planet and preventing pandemics are far more important than the differences we have. Let’s use these three moral imperatives to persuade America and China to set aside their differences and save humanity first.

Kishore Mahbubani, a distinguished fellow at the Asia Research Institute of the National University of Singapore, is the author of  Has China Won? (Public Affairs, 2020). He was selected as one of Prospect magazine’s top 50 world thinkers in 2014.