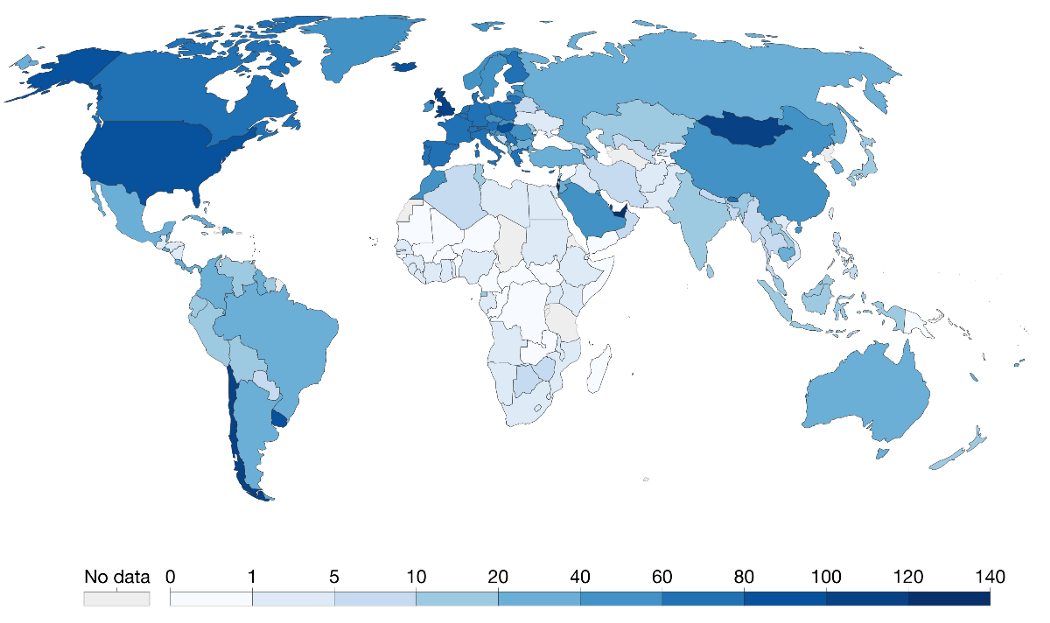 A new consensus for the post-Covid19 world: A darkening threat horizon with a green silver lining in 2021

At the Paris Peace Forum on November 12 last year, French President Emmanuel Macron and other world leaders launched a global discussion on forging a new consensus for the post-Covid-19 world. This discussion is continuing through an ongoing debate, with contributions from leaders and experts from around the world. Below, explore the contribution of Robert Muggah, Co-founder and Research and Innovation Director, and Ilona Szabó, Co-founder and President at the Igarapé Institute

A darkening threat horizon with a green silver lining in 2021

With tensions rising between global powers, digital attacks increasing in frequency and intensity, deepening climate threats and dangerously uneven Covid-19 recovery, 2021 is shaping-up to be the year that risk management took center stage. How governments, companies and citizens anticipate and respond to interconnected systemic risks today will determine whether they thrive or survive in the coming years.

At least three major trends will shape the risk environment in the short- to medium-term. The first is the Covid-19 pandemic progression and vaccination rollout. While North America and a handful of European and Asian countries see light at the end of the tunnel, new variants and a ferocious third wave threaten to overwhelm other parts of the world. The second is sharpening digital threats, some of which risk escalating into military confrontation. And the third, more optimistically, is the accelerating shift toward a greener economy.

After 20 exhausting months, the Covid-19 pandemic — led by the deadly delta strain — is entering a dangerous third wave in many countries. Despite the remarkable invention, manufacture and roll-out of vaccines — 2.3 billion since December 2020 — there are still dozens of countries that have yet to receive a single dose. To date, over 85 percent of all vaccines have gone to upper and middle-income countries. Until recently, vaccine nationalism threatened to make a bad situation worse. This may be about to change. The recent announcement by the US to donate 500 million doses to COVAX between 2021 and 2022 is welcome, and could stimulate more generosity from other countries.

With G7 nations — including China and Russia — stepping-up vaccine diplomacy, new vaccines coming online and vaccination waivers being explored, there are hopes that the effects of a punishing third wave can be dampened. At the current rate of distribution, however, the world will be waiting until 2024 for all countries to have sufficient capacities and supplies to vaccinate their populations. This is dangerous, especially in light of the more dangerous and lethal variants coming from Brazil, India and, most recently, Vietnam. The risk of vaccine-evasive coronavirus variants is very real.

Amid the calls for building back better, there is also a real possibility that governments instead build back worse than before. While some countries are experiencing an economic rebound in 2021 after a devastating 2020, most are dealing with crushing losses and austerity. Covid’s already cost the global economy some $28 trillion and will set back middle and income countries by a generation. Most of the Sustainable Development Goals (SDGs) have registered sharp declines and between and in-country inequalities have intensified. These set-backs can deepen grievances and mistrust of governments, fueling nationalist and populist tendencies.

2021 is the year the Internet lost its innocence. The 2020 SolarWind cascading supply chain hack exposed the systemic gaps in internet security. The cascade of digital attacks in 2021, including the massive Kaseya ransomware attack — the largest global ransomware attack ever recorded — is an ominous prelude of what is to come. We can expect a dramatic escalation in digital malfeasance. Last year alone there were over 65,000 recorded ransomware incidents in the US and major digital attacks doubled in Europe. In the first six months of 2021, ransomware incidents more than doubled with Asia and the Americas particularly affected. There’s evidence of increasingly audacious ransomware extortion, most recently against the Colonial pipeline and JBS, the world’s largest meat company. The danger is that these incidents will shatter the illusion of security and trust that are essential to the functioning of the internet.

Countries most impacted by ransomware in 2021. Source:https://blog.checkpoint.com/2021/05/12/the-new-ransomware-threat-triple-extortion/ (June 2021)

Meanwhile, with digitalization accelerating around the world due to Covid-19, there are also concerns that surveillance (and not security) is being baked into IoT infrastructure. The attack surface of many governments, businesses and even citizens is growing exponentially. Cities are especially exposed as many of them have come to rely on new imported technologies with questionable security standards. We can expect as many as 75 billion connected devices by 2025, but are our governments, firms and societies remotely prepared?

Even more ominous are the growing risks of cyber and nuclear confrontation due to intentional or unintentional escalation. With relations between China, Russia and the US at rock bottom, the risks of an intended or unintended military incident, and possibly nuclear conflagration, are rising. The April Israeli cyber strike against Iran — what appears to have been a Stuxnet “light” exploit that destroyed a key power provider — is increasing the dangerous (and under-regulated) nexus between cyber attacks and nuclear incidents. Cyber tensions were also front and center at the G7 summit and the recent meeting between Vladamir Putin and Joe Biden. Red lines on attacking critical infrastructure, better lines of communication and confidence building mechanisms are needed, and fast.

A breakout year for climate action

Amid the doom and gloom over rapid global global warming and the increasing frequency and intensity of climate shocks is the promise of a dramatic expansion in efforts to reign in climate change. The Biden administration’s approach is a radical departure from his predecessor. The trillions being invested in green infrastructure recovery, while not going as far as some Democrats would like and overly reliant on executive orders, are serious. The leader’s summit held in April also helped take the measure of government commitments. There is likely going to be a ramping-up of climate financing in the lead-up to COP26.

Meanwhile, there are also signs of the markets starting to move toward greener investments, a trend started in 2019. A group of almost 460 investors holding assets of over $41 trillion demanded full implementation of the Paris Climate Agreement from the G7. Hundreds of green bonds have been issued worldwide with investors calling for more ESG investing. Push-back against big oil is coming to a head, as recent investor activism hit Exxon, Chevron and Shell in recent weeks. Massive technological innovations should speed up the energy transition, but the question is whether these efforts are sufficient to slow global warming above 1.5C within the next 10 years.

Much hinges on how the US and China, the world’s two economic superpowers, manage their increasingly tense relationship. The “green transition” may well be one of the rare opportunities for strengthening cooperation. Climate diplomacy focused on accelerating decarbonization is one way forward, though this will mean addressing powerful fossil fuel lobbies in the US and the continued expansion of coal power plants in China. Today, just 20 countries account for over 80 percent of global greenhouse gases. Many of them will take their cue from the US-China relationship.

Make no mistake, the global risk landscape is growing more complex in 2021. Anticipating and adapting to the the interconnected and compounding nature of these threats will make or break governments, companies and international organizations around the world.

Don't miss any news, our upcoming events or the progress of the projects we support!